Some car houses subsequently were taken over by small industries, including part of the Armitage car house. This part of the car house opened in 1885, Armitage closed for streetcars in 1952.

This original Blue Island car house was constructed for the West Chicago Street Railroad Co. in 1892. The building extends between Blue Island Ave. and Coulter Ave., and originally housed horse cars, and cable cars beginning in 1893. The replacement car house opened in 1908, immediately north. But the replacement car house was eventually demolished, with an elementary school now standing on the site. View is on Coulter Ave. 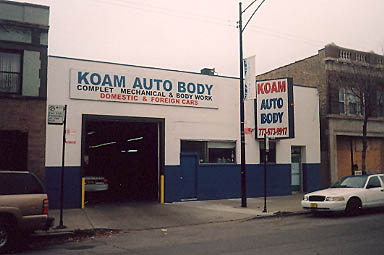 This taxicab garage on Clark St. apparently was a car house during the 1890's, replaced in 1901 by the Devon Ave. car house one block north. 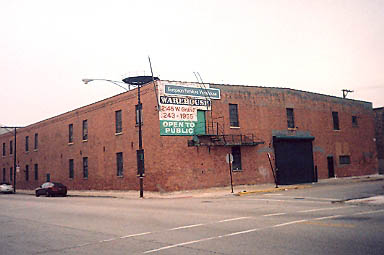 This building on Grand Ave. at Leavitt Ave. was used as a car house until 1910, and then for storage and later as a garage for non revenue vehicles. The building passed into CTA ownership in 1947, but is now used as a furniture store.

Most of Chicago's old car houses have gone the way of Lawndale, shown being demolished during summer, 1999. Lawndale was built in 1910, housed buses starting in 1941, and was closed in 1994 when the new Chicago Ave. Garage opened. 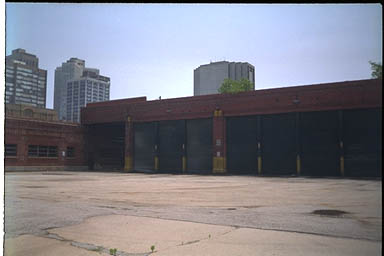 Also closing in 1994 was Limits, which also was demolished a few years later. Limits had housed buses since 1938, but retained the look of an old car house up to the end. Because the original streetcar servicing lanes were too narrow, none of the newer CTA lift equipped buses could be accommodated there. A horse car barn was originally constructed at this site in 1880, which until 1889 was just north of the Chicago city limits. Thus the name "Limits". Between 1888 and 1896, the Clark Street cable car route operated out of Limits. This car house was constructed in 1909. Photo was taken in 1997 prior to demolition. 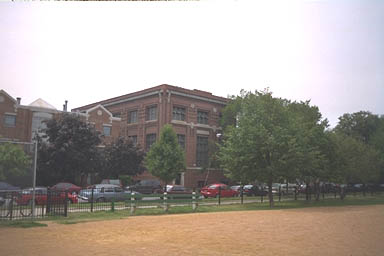 A baseball field exists at the location of the former Lincoln car house. But on Lill Street immediately south of the baseball field, a Chicago Railways substation remains standing. The substation was built in 1909, one year before the car house was built.